This week's Friday Positivity comes to us from one of our advisors, Anthony Gerbi. If you haven't yet gotten a chance to meet or speak with him, you can read a bit more about him here.

It’s the summer of 1926, and a 27 year old Ernest Hemingway is setting out from Madrid after his now annual trip to see the bull fights. He’s on his way to see his son Jack, adorably nicknamed Bumby, who has recently been diagnosed with virulent and contagious Whooping Cough. Bumby, all of 4, is at a vulnerable stage in development, and the doctor’s prescription is a two-word phrase I’m betting you know all about: Self-Isolation. Vacationing in the south of France, Bumby and his mother have recently been politely and forcefully asked to leave their villa so as not to expose any other children or adults to the disease. Fortunately, the Fitzgeralds (and I mean THE Fitzgeralds) are leasing a small cottage nearby, and it is offered to the Hemingways as a quarantine shelter. And so it was that Ernest Hemingway spent a few weeks in the summer of 1926 self-isolated in a cramped, sweaty cottage with his wife, his son, the nanny… and his mistress. Oh, had I not mentioned that part?

You can read the full story here

As we isolate from friends and family, as the economy takes its lumps (and then eventually recovers!), and even as a pandemic rages it would be easy, even excusable to exercise a little paranoia. But if Ernest Hemingway survived being quarantined with his wife and mistress… we can get through this. The Hemingway’s did just fine, by the way, Mrs. Hemingway and the mistress got on relatively amicably, Bumby made a full recovery, and due to effective social distancing, no one else got sick. They all survived the summer. I’m confident we will too.

My wise Uncle Bob once taught me the trick to keeping the right perspective and staying positive. It’s about looking at life through the lens of potential, rather than pessimism. And it’s summed up in his pet quote:

With every good, a little bad;

but with every bad, a little good.

It’s an outlook that I’ve tried to hold onto and one that’s served me well. Don’t forget to look at the silver linings. Don’t forget that positivity is a state of mind, and that optimism is just about learning to see the world from a kinder, gentler perspective.

Oh, and since we’re talking about perspective, here’s Ernest Hemingway’s on being quarantined in that stuffy summer cottage. He called it “a splendid place to write”. I suppose it was, because later that year in October Scribner’s would publish his first novel, “The Sun Also Rises”. 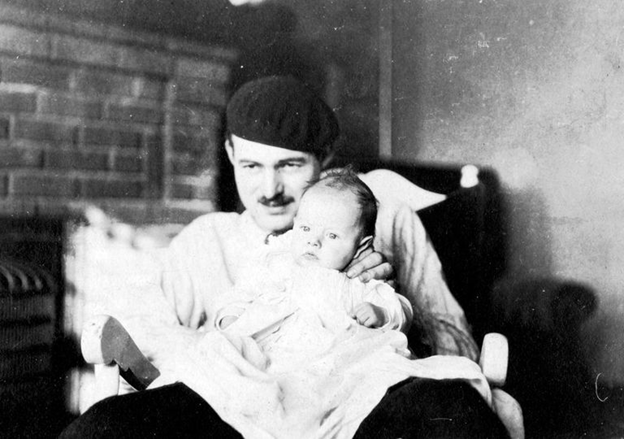