Archaeologists in Egypt have Unearthed the World's Oldest Known Beer Factory, Thought to Date Back 5,000 Years

Our 'Friday Positivity' blog series was born out of a time when, for many of us, fear and uncertainty gripped our day-to-day lives. Now we are not saying we are out of the woods with this virus by any means, however, many of us have found new ways to cope with what's going on and feel comforted by the vaccine's rollout and the decline in cases. Because of this, we will be sharing more financially focused content on Fridays, our bread and butter if you will. We hope you enjoyed the extra positivity we aimed to provide. If you have questions or feedback regarding this change, please send an email to Lauren Blair at lblair@steinfg.com.

"Archaeologists in Egypt have discovered the remains of a 5,000-year-old megabrewery— thought to have once supplied thousands of gallons of the golden stuff for royal rituals.

Unearthed at the ancient site of Abydos, one of the oldest discovered cities of ancient Egypt, it’s being called “the world’s largest beer factory.”

The brewery consisted of eight large rooms each 65 feet (20 meters) long, in which lay 40 clay pots resting in decorative cisterns arranged in two rows, where grains and water would once have been heated to make beer. 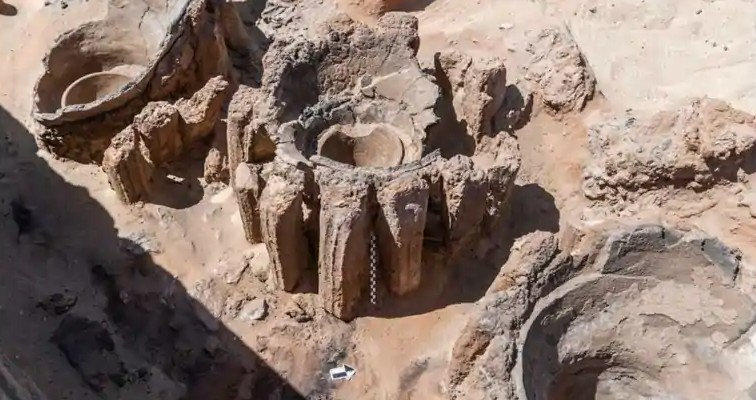 According to the Supreme Council for Antiquities, the brewery likely dates back to the reign of King Narmer, a lesser-known name in Egyptian history, who nevertheless made an enormous mark in the land of the Nile as founder of the First Dynasty and then-sole unifier of the country.

The brewery “may have been built in this place specifically to supply the royal rituals that were taking place inside the funeral facilities of the kings of Egypt,” mission co-head Matthew Adams of New York University has stated.

Abydos in its heyday would have been filled with temples and tombs, and even today, the Temple of Osiris, the royal necropolis of the First Dynasty, and the Temple of Seti I are all still intact and able to be visited.

The brewery, a new addition to one of Egypt’s most important cultural sites, is thought to have been able to produce 5,000 gallons of beer in a single batch, and unsurprisingly, “evidence for the use of beer in sacrificial rites was found during excavations in these facilities,” a statement from the Egyptian tourism ministry has said."