"If you’re still looking for a romantic Valentine’s gift for your partner, how about a super rare Melo pearl? At $332,762, this particular one isn’t exactly cheap, but it does come with quite the backstory.

Struggling fisherman Hatchai Niyomdecha was picking up oyster shells with his family last month when they stumbled upon three beautiful shells sticking to a discarded buoy ball. 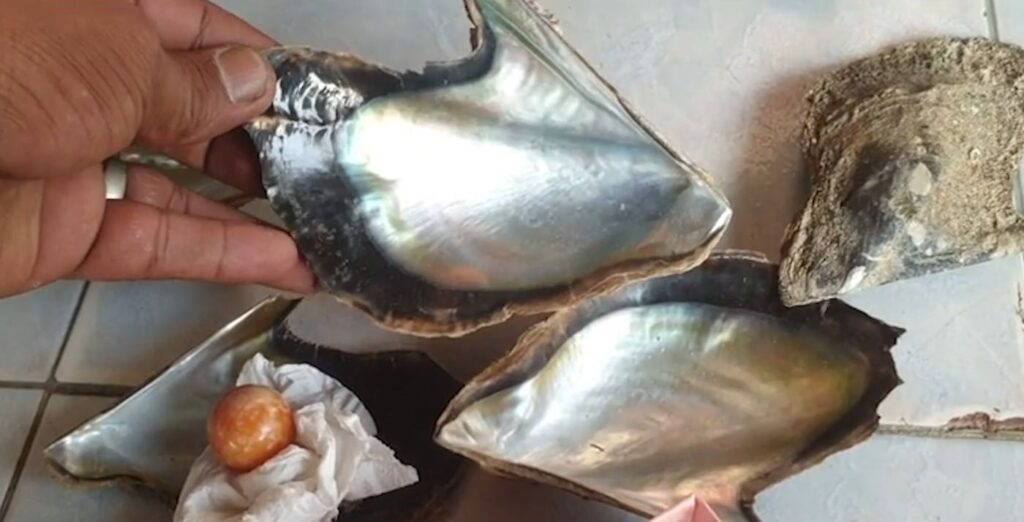 The 37-year-old and his brother picked the shells off the ball and took them home. They gave them to their father Angmad, then asked for a little help with the cleaning. When the pensioner had opened the third shell, he found something brilliant: an orange pearl slightly bigger than a US quarter. 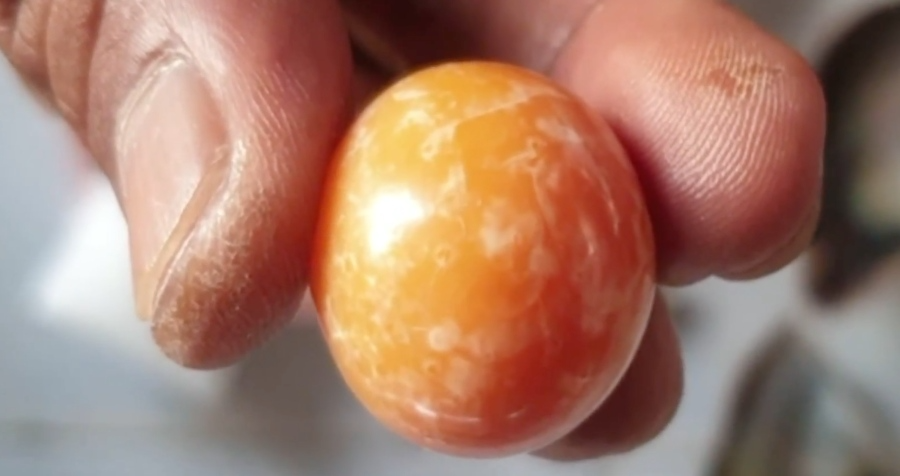 He called his wife and two boys to inspect the beautiful 7.68-gram precious item. It turned out the fishing family had an extremely expensive pearl from a large snail, the Melo Melo, on their hands.

Hatchai, who spotted the shells, says he had a strange dream a few days before finding the gem: “An old man in white with a long mustache told me to come to the beach so I can receive a gift. I think he led me to finding the pearl.

He believes that the old man could be a deity who wanted to help him get out of poverty. as the pearl could be worth as much as 10 million baht ($332,762), explaining: “I want to sell the pearl for the highest price. The money won’t just change my life… My whole family will have better lives.”

A few days later, a wealthy businessman from another province heard about the pearl and offered to buy it for one million baht ($33,276), but the family refused.

Another persistent luxury items collector increased the offer to five million baht but the family still declined, instead believing that they could get a much higher price for it.

A third potential buyer, this time from China, is now negotiating with the family to take the pearl for 10 million baht—its expected price—but he’s hoping to see it for himself to determine that it’s genuine Melo.

He’s expected to fly to Thailand next week, but will have to undergo the required two-week quarantine and other guidelines before reaching the pearl owner’s home.

Melo pearls range from orange to tan to brown in color—with orange being the most expensive shade. They are usually found in the South China Sea and Andaman Sea off the coast of Burma and are produced by predatory sea snails called Volutidae. If you want to get your hands on this one? It sounds like now’s your chance."