"Mayor of Paris Anne Hidalgo has agreed to a nearly $300 million restoration project for the tired-looking Champs-Élysées, the famous boulevard at the heart of the City of Light. 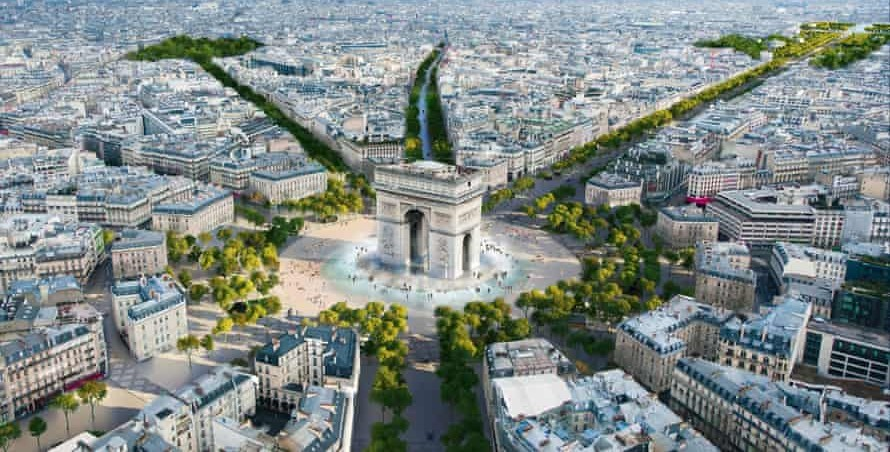 The green light comes more than a year after architects, community leaders, and businesses unveiled plans to turn the 1.2-mile stretch of road into an 'extraordinary garden.'

To achieve this garden, the plan is to reduce space for parking by half, convert roads into pedestrian spaces, plant tunnels of trees alongside the old elms planted in days long gone, which struggle to survive in the polluted air, and generally create more green spaces.

'The legendary avenue has lost its splendor during the last 30 years,' said a statement from the Champs-Élysées committee in 2019. 'The Champs-Élysées has more and more visitors and big-name businesses battle to be on it, but to French people it’s looking worn out.'

The Champs-Élysées is a place where Parisians have long celebrated: when the Nazis were thrown out, when Les Bleu won the 2018 FIFA World Cup, and for the annual Bastille Day Parade.

Before the COVID-19 pandemic, 100,000 pedestrians, more than half of whom were tourists, enjoyed a bit of promenading here, all the while, more cars were passing along the boulevard day than on the Paris ring road.

Architect Philippe Chiambaretta, whose firm is handling the makeover, described the issues to The Guardian as characteristic of all problems facing modern Paris: 'pollution, the place of the car, tourism, and consumerism.' He went on to explain that the Champs-Élysées needed to be redeveloped into something 'ecological, desirable, and inclusive.' 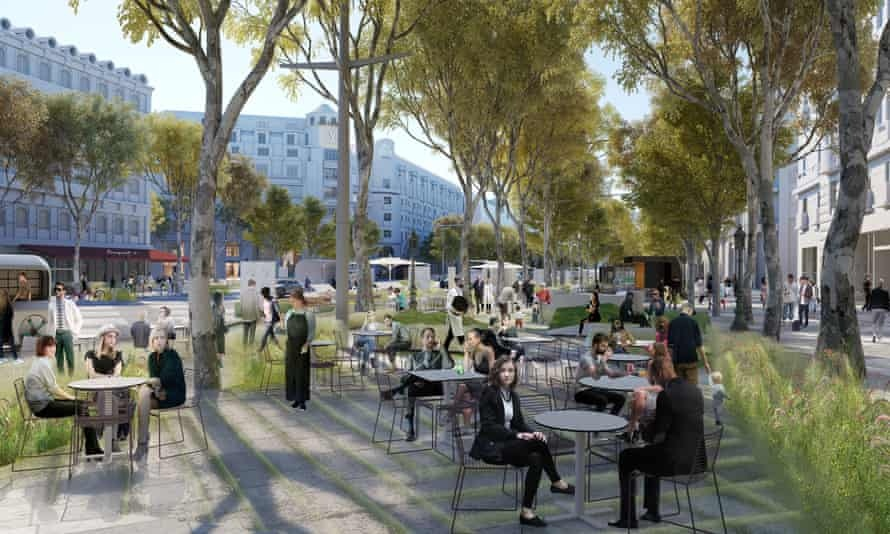 Historians at the PCA-Stream architecture firm of Chiambaretta harken back to a time when the Champs-Élysées was, though hard to believe, a swamp and outdoor cooking area. Then, during the mid-1700s, the Champs-Élysées became the archetypical European promenade.

'The Champs-Élysées has accommodated people from all walks of life as well as all kinds of activities, both plebeian and highbrow,' explains the article. 'Its history is punctuated with the installation of café-concerts, puppet shows, balls—which witnessed the birth of the French cancan—, ball and stick game fields, and so on.'

Today, as well as typifying problems facing the average Parisian, it typifies the problems of mass tourism, namely that the sense of locality vanishes, and the place begins to be 'loved to death.'

While the makeover will not be complete before the 2024 Summer Olympics in Paris, an attempt to beautify and rethink another famous spot, the Place de la Concorde at the southeast end of the Champs-Élysées, is slated to be completed before then.

Another part of the city will also get a bit of love—Eiffel’s famous tower, which Hidalgo promises to turn into an 'extraordinary park at the heart of Paris.' The Champs-Élysées won’t cast away its polluting traffic until closer to 2030."