Fires Have Helped These Endangered Woodpeckers Make a Comeback, and it's a Reminder of Nature's Resiliency

By Andy Corbley, Via The Good News Network

It’s hard to imagine that the infernos burning in the Sierra Nevada and Cascade mountain ranges in California and Oregon would be good for anything—but for the native black-backed woodpecker it’s the best of times, and necessary for them to continue their transformative practices on the forest. 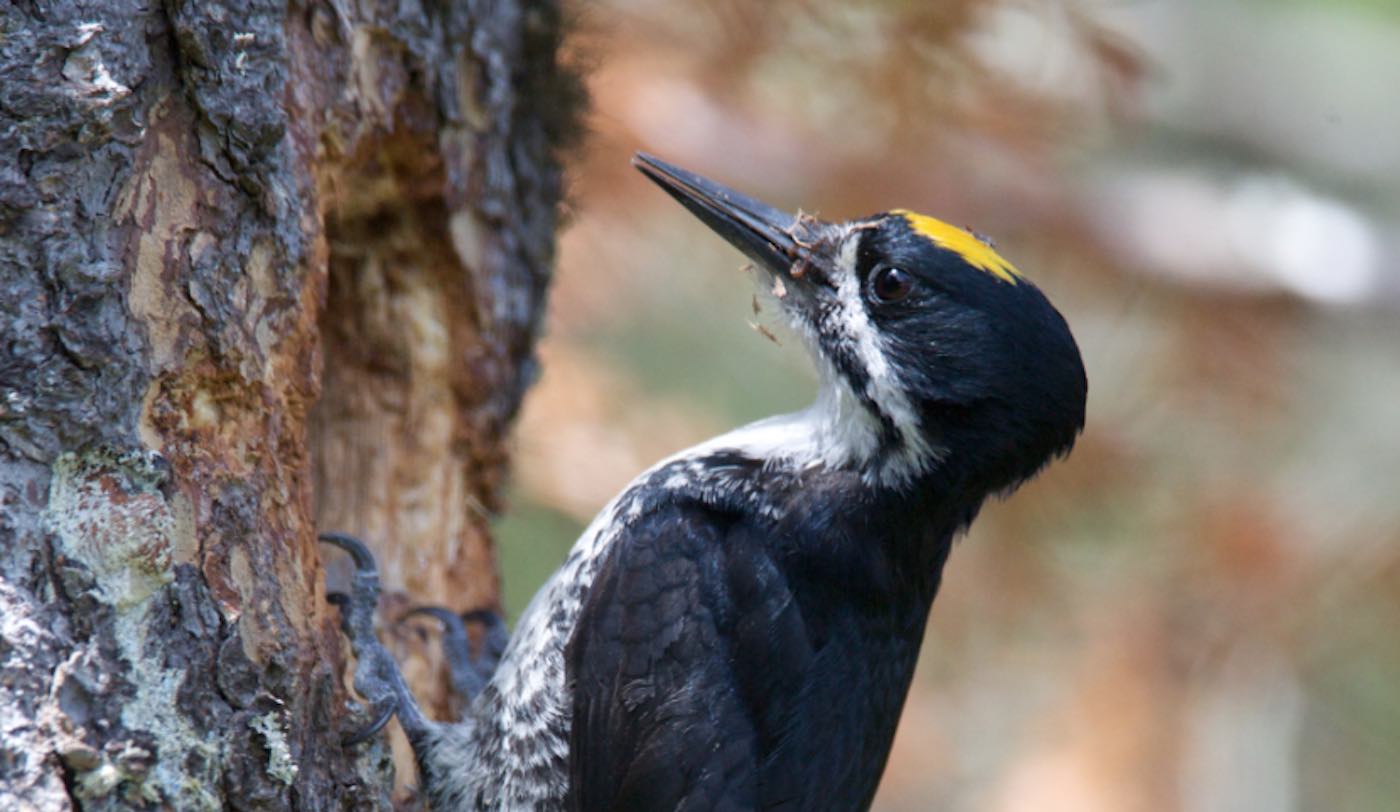 Relentlessly drilling holes in the sides of fire-hardened trees in pursuit of insects, they create ready-made shelters for dozens of different animal species, who eat fire-retardant plants seeds and distribute them hither and yon in their droppings; thus allowing the forest to regenerate.

This amazing avian is just one of an entire web of plant and animal species who have evolved around the necessity of seasonal fires. The woodpecker deliberately seeks fire-damaged forests out in search of their favorite food: the larvae of the black fire beetle, which have evolved heat-sensing organs to find which trees are still warm from fires to lay their eggs in.

Indeed both of these species have evolved to interact with the pine forests of the Northwestern United States, where the trees have thick coatings of resin-soaked bark that protect them from high-intensity blazes.

'Woodpeckers are ecosystem engineers,' Teresa Lorenz tells National Geographic. A wildlife biologist with the U.S. Forest Service’s Pacific Northwest Research Station in Olympia, Washington, she has tracked black-backed woodpeckers in the forests of the Cascade Range, where this year’s fires have burned catastrophically.

'Many small animals, from chipmunks to flying squirrels to mountain bluebirds and wood ducks, compete for the woodpeckers’ vacated nests because they are so protected from the elements and other predators. We wouldn’t have swallows, swifts, or bats without woodpeckers.'

Out of 180 species of woodpecker on earth, the black-backed is not the only one who has adapted to thrive in fiery forests.

The red-cockaded woodpecker is a fire specialist living in the opposite corner of the US from the black-backed, and relies on low-intensity burns through the undergrowth of the longleaf pine forests of the southeast and mid-Atlantic.

This fire-loving woodpecker almost disappeared after clear-cut logging reduced its home range—from Texas in the west, to Florida in the south, to New Jersey in the north—to just 3% of its original forest cover.

But like a phoenix bird rises from the ashes, its listing as one of the first additions to the Endangered Species Act saw the red-cockaded come back from a population collapse that most scientists concurred would have led to its extinction.

39 separate recovery populations have increased their numbers by 40%, and an updated recovery plan is being formulated with the aim of a potential removal from the list.

Like the black-backed woodpecker, the red-cockaded population creates thousands of nesting cavities in trees, which all manner of animals compete to occupy after the bird abandons them.

To date, 27 species of vertebrates as well as many invertebrates, have been found living in the small hollows. With the collapse of the red-cockaded population, the longleaf pine forests experienced a real estate crisis.

This is compounded by the fact that this particular woodpecker creates their hollows in living, not dead, trees a task that requires immense time and labor such that the bird will leave the nest to its descendants much the way humans do with their houses, and therefore don’t produce more than a few in their lifetime.

This arduous task requires a particular tree, and males and their offspring have been known to continuously inhabit the same tree hollow for 30 years. The typical tree is a pine of 75-years or older — large enough to contain a hollow for several birds.

These kinds of trees grow in forests created by low-intensity fires—the kind that were deliberately set by Native Americans hundreds of years ago, and the kind which forest managers today have had to set as part of the red-cockaded’s recovery plan, which also included drilling artificial nesting holes which they would almost always occupy.